It is the 3rd largest county in California, with most of the population inhabiting the two valleys: Santa Ana and Saddleback. However, recently more and more people are turning to us as a long-distance mover to move to Orange County. We figured out this issue and today you will discover the biggest 6 benefits of this region.

Disneyland is located in the small Californian town of Anaheim, 30 miles from Los Angeles, if you feel that the name of the city is of German origin, then you are not mistaken. It is made up by the combination of the words Ana, which refers to the local river Santa Ana, and Heim, which is the German word for home. In the late 50s of the 19th century, the city was founded by a bunch of settlers from Germany who had acquired the land of today’s Anaheim.

Nevertheless, from the half of the 50s, Anaheim’s population started to increase at a steady pace. According to World Population Review, in the 60s, over 104,2 thousand people lived here, at the end of the 80s already 219, 5 thousand, and around 2000 around 328 thousand. You probably already guessed the reason for the huge interest – Disneyland.

Its development started in 1954. Initially, it was planned in a much smaller scale, with an area of about eight acres. But as time passed and Disney created a massive brand, the project grew significantly, and Walt Disney finally bought more than 100 acres of land.

Today Disneyland in Anaheim is a favorite place not only for children but also for adults who love fun and romance, as well as one of the main attractions of Los Angeles. It has the status of a national resort, where you can see the fairytale castle, which are familiar to us all from the TV screensaver of Walt Disney, and have a great time in the magical world.  This is the place where dreams come true. More than 18 million tourists a year come to Anaheim from all over the world to visit Disneyland (which is 3 times more than the Grand Canyon Park).

They also include several parts on different topics, such as Future Land, Fantasy Land, Mickey City, Animal Land and Adventure World. Here you can meet pirates, walk in the jungle, see a fairy princess or become a wizard. And also go back in history and visit Los Angeles of the 20s of the last century, raft on a river and ride a roller coaster.

According to tripadvisor.com, top 4 best beaches in California are

Newport now offers its guests a variety of activities on the water: sea trips, surfing, sea fishing, kayaking and much more. Regattas and kayak and canoe races are held daily. There are many yacht clubs in Newport that also offer a wide variety of activities. Nature lovers can watch birds or go on a special excursion to watch whales.

There are shops and restaurants on Marine Avenue both for tourists and local people. The main shopping center is Fashion Island which is situated in the city center.

Looking for full-service movers to move to Orange County and enjoy its beautiful beaches every day? Aaron’s Moving is always at your service!

This park is located in the northern part of one of the most beautiful cities in Southern California – New Port Beach. Crystal clear water, 3 miles of pristine coastline make this the pearl of New Port Beach. This place will make you feel like you’re somewhere in Hawaii. You will definitely like walking through the park on a bluff or on the sand. And you can visit numerous art festivals and galleries in the city itself all year round. And the lounges in Crystal cove state park is a perfect place to take a break from high life, to enjoy a delicious snack, and the sunset.

It is the northernmost public beach which stretches from the Ritz-Carlton Laguna Niguel resort to Monarch Bay Beach Club. There is also a large car park nearby. The beach has restrooms, picnic tables, playgrounds. In addition, there are paths for comfortable movement.

It is interesting that Salt Creek Beach has both sandy and rocky areas. This beach is ideal for surfing and swimming. Compared to the rest of the beaches in the area, Salt Creek is well maintained and rich in beach vegetation. And at the Ritz-Carlton you can find a lot of chic restaurants. And if you rent a room with an ocean view, your evening will turn into a fairy tale.

It is located southeast of Los Angeles and is often considered to be one of the best beaches in the country. It is called “Surf City” and is said to be a paradise for surfers and casual vacationers, as the waves are outstanding there and the beaches are truly huge.

Here everyone can enjoy especially pleasant weather and warm water. The beach is open until 10 pm, after which you can finish your day at any cozy restaurant nearby.

is usually called the most Hollywood church in the world and the largest glass building. Located not far from Disneyland, the cathedral uses over 12,000 pieces of mirrored glass which are connected by a silvery metal structure. The sharp spire of the magnificent bell tower rushes into the sky, complementing the fantastic picture of a small lake surrounded by green lawn, against the modern building with its sharp corners. In addition, the largest organ in the world is installed inside, which consists of more than 16 thousand pipes. The cathedral was consecrated in 1980 by the Reverend Robert Schuller, who is known in our country for being the pastor of California’s first “drive-in” church.

The church’s Sunday service is shown all across the USA every week. It is called the Hour of Power and is one of the most popular religious programs. The service represents a fantastic show performed by an orchestra, extraordinary solo parts of gospel singers who are being supported by a choir. Also there is a beautiful fountain which runs through the middle of the building nave, and, of course, the organ, the sounds of which permeate the well-lit cathedral. Fans of Hollywood actors like Arnold Schwarzenegger can see their favorites preaching here.

There are small gardens with peacefully bubbling streams and several sculptures around the cathedral. The sculpture depicting Christ preventing the stoning of a sinner is especially noticeable. You probably remember these famous words – “He who is without sin among you, be the first to throw a stone at her.” In order to properly examine this sculpture, it is necessary to walk around, since all the time some of the figures are either not visible at all, or have their back turned. This movement makes the viewer, as it were, a participant in the scene. And the small cozy benches scattered everywhere attract you to just sit and relax.

Gorgeous theme parks and a wonderful climate are not all Orange County is famous for. Life in this region is characterized by extreme tranquility and suburban character. If you have long wanted to live a quiet family life, then this region is definitely for you! A minimum of city noise, great outdoor dining, plenty of entertainment and beautiful beaches to keep you busy. There is the luxury South Coast Plaza for shoppers which is home to high-end shops and top restaurants.

Have you been thinking about a quiet life near the most exciting adventures? Aaron’s moving will provide you the best cross country movers to help you make your dream come true!

You were never at a loss for an excellent restaurant within fifteen minutes. If you are tired of the American Cuisine, want to try something new? Orange County is definitely for you! There is every single popular cuisine here, so in Orange County it is easy to find gastronomic delights from every corner of the world. Vietnamese pho, Italian pasta, or sweet French jams … Everything is prepared in the best traditions of different countries of the world! In addition, the already diverse Orange County is ready to host new cuisines every day.

According to theculturetrip.com, top 10 restaurants in Orange County are:

You can find this amazing fish restaurant on Balboa Peninsula. This place is visited not only by tourists but also by the locals.

The Cannery Seafood of the Pacific

It is located in a historic building and is considered to be perfect for a special date or a meal with your whole family.

Vietnamese food that tastes just like in Hanoi. No wonder, considering it is prepared by the largest Vietnamese community in America.

Trendy taste of Spain and atmospheric interior in the center of Santa Ana’s Arts District.

Enjoy the best food Cuba has to offer, in the heart of Orange County! It is suitable both for meat-eaters and vegetarians.

For those who want to try the best kebab, baba ganous and much more authentic Turkish food in California!

Perfect Japanese restaurant in Yorba Linda with the most delicious sushi in Orange County.

Famous for being not only the most popular pizzeria in Los Angeles, but in the whole of Southern California!

It is a very cozy Mediterranean restaurant with its modern interior design, situated in Irvine.

The restaurant is situated at the end of the Balboa Peninsula and has the best Thai cuisine around.

According to tripadvisor.com, top 3 best parks for kids and families in Orange County are:

In 1905, this piece of land was bought by Gorvard G. Hesler. As a result, the park was named after him. In there you can find many artistic sculptures and simply enjoy taking a walk, as there are paved walkways, picnic tables, gazebos, grills and so on placed everywhere.

When visiting Heisler Park, our recommendation is to dine at Las Brisas. There you can enjoy seafood dishes daily for breakfast, lunch, dinner and Sunday brunch. This wonderful restaurant is located in the southern part of the park, overlooking downtown Laguna and Main Beach.

The Park occupies quite a small area but you can get a stunning view. Sunsets, sunrises, Pacific Ocean…This park is considered to be the best place to witness the warm sunsets in the region.  There is stunning scenery, a walking path through the park, lots of cute benches and green areas! Right at its feet is Crescent Bay Beach, but there is no direct access to it from the park.

This trail is 2.3 miles long and leads to the sandy beach of San Clemente. It is especially loved by cyclists, runners, and casual walkers. All the beaches that lead to The San Clemente Beach Coastal Trail have toilets, cafes and everything you need to relax. For those who do not want to travel the entire trail, we recommend starting with the middle of the route which is on the beach of San Clemente. This place is usually very popular among tourists.

It doesn’t matter if you want to move to or any other area of California, and maybe even to another state, you can always get a long-distance moving estimate from us for free. Aaron’s Moving provides professional interstate moving and storage service for more than 10 years. Satisfied customers have always been our main focus, and as a result, we are now considered one of the major moving companies in California. With us, your move is in good hands! 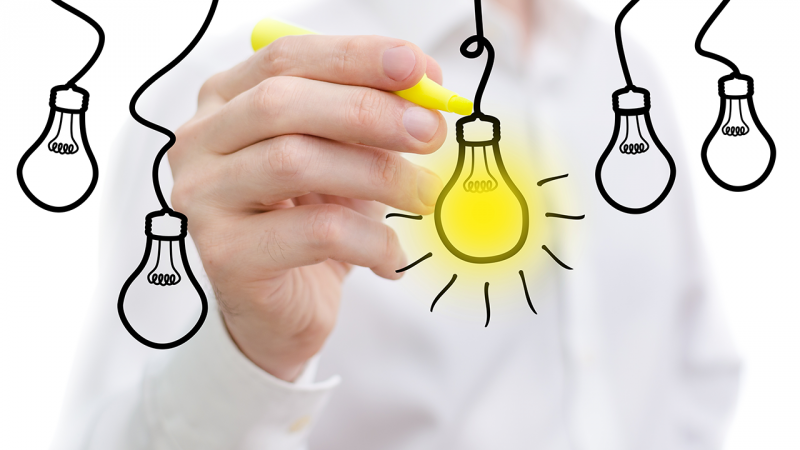 Thank you for filling out your information!

We will send you an email with availability and rate information
at the email address you provided and we will call you to go over
the details of your move. Thank you.